Help, I've Been Shaken and Can't Get UP!
The Shaking Means Restoration Is Near

What's Ahead For Our World? 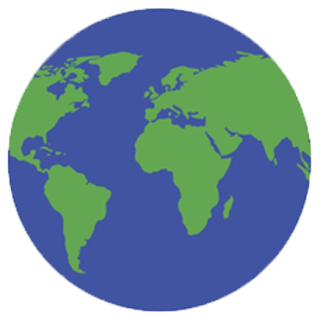 For the past three weeks, we have traveled together on a journey that spanned a thirty-year- period between the 1960’s through the 1990’s, as we caught a glimpse of the effects Society and The Church had on one another, both positive and negative. Last week, we talked about what it personally meant to be a Living Sacrifice for Jesus, no matter what is going on in Society and The Church around us. (Links to previous posts:    Part 1   Part 2   Part 3)

To our readers who live outside the United States, thank you for hanging in there with me in describing events that, in some cases, seemed to be more connected to America. Today’s blog applies to all of us, as we take a glimpse at the 2000’s, and what is ahead in the world we live in.

I just suspect that when telling your children and grandchildren about the history of the first two decades in 2000, high on your list will be the year 2020 - - The World Wide Pandemic and The Presidential Election between Donald Trump and Joe Biden, which also made news around the world.

As the saying goes, "you can’t re-write history - -it is what it is."  However, as Christians we can be an instrument the Lord uses in shaping the history of the future.  Our world has been traumatized this past year by so much death, isolation, sickness, financial disaster, anxiety, insecurity, and fear.  If The Church has ever needed to minister to our world, it is now.

I submit three points to consider if we are to be an effective witness. I believe before the Lord moves upon the world, and bring Revival that we all have prayed for, He first wants to move in HIS OWN CHILDREN. I put my name at the top of the list saying, "Change me, Lord, change me."

1. Seek the Lord For How He Has Called You Personally to be a Living Sacrifice for Him (Romans 12:1 and Matthew 10.)

As noted in Part 3, sacrificial living will be different for each person, but,  as His disciple, each of us must pick up our cross and follow Him, wherever that might be.

Pastor Jon Colyer, Gateway Christian Center, West Bromwich England, summed these verses up well, and I quote:  “It is possible our land can be healed, but we must humble ourselves and quit looking at others. You cannot humble someone else, only yourself. Go into your secret place as in Matthew 6:6. In your secret place is where there are things God wants to do in you.  That is where humility happens – in your secret place.   Then when you pray, He will heal our land. Prayer changes others; seeking God’s face changes you.”

3. Realize That We Can’t Go Back to Life As We Once Knew It - -the old ways won’t work anymore.

To explain what I mean by #3, I would like to share with you a prophetic word that was given in a Bible study I was attending in 1990. Irene Farley, Orange Texas, spoke this word that I believe is fitting for this hour:

There is a shaking going on in the land to shake up the pattern of the things of man. For I have a plan that won’t fit you see, for it’s a plan that’s ordained by me.

So yield to the shaking that’s going on in you. Let me shake you through and through. Let me change your thinking,  for I have a new way that I want to reach you.

For you see the changing of the season in the natural and how it affects your natural man. Well, do you think that it’s a strange thing that my plan will affect your spiritual man? So, yield even to me as my seasons change for thee for as they’re changing from hot to cold that’s the way it’s going to be. But, the cold only lasts for a short season and then springtime comes again. So, yield to this time, my people, so that you might fit in when it changes again.

I personally experienced a shaking as never before during that time period, but I have got a feeling that there is still more to be shaken.  Lynn spoke of a shaking she has gone through recently in her blog last Friday. What about you?  Do you feel a little rumbling going on inside of you?

In the comments, describe how you feel the Lord wants you to partner with Him in bringing His Kingdom Rule to the world around us today—2021.

This concludes this series. Thank you for joining me on this Journey Through History of Society and The Church

Wherever the Spirit of the Lord is Moving,
Move with it!