The Missing Ingredient To Answered Prayer
MARCH FORTH ON MARCH 4th... Make Your Declaration Here Today!

The Kingdom of God: The Mustard Seed 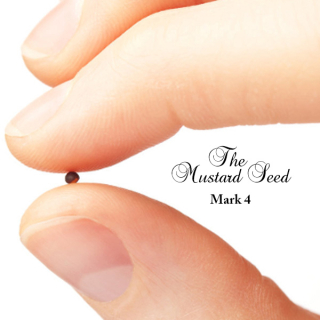 Thank you for joining me in this series highlighting The Kingdom of God. I've told parts of my personal story in this teaching; perhaps you can apply the concepts to your own story.

2. When Jesus ascended, He beckoned us to do the same works He had done. To do this, we form a Partnership with Jesus. The first two steps of partnership are: (1) You Must Be Born Again (2) Seek First the Kingdom of God by Picking up Your Cross and Following Him.

Last week, I shared the “monologue” I had with Jesus detailing excuses of why I couldn’t pick up my cross and follow him when He asked me to leave my teaching career.  Nonetheless, after confirmations from God’s Word and Pastoral counseling, by faith, I walked out of a comfortable place into a foreign land --

and that is when the devil came upon the scene and

begin to try to steal, kill, and destroy me and my family.

I was so spiritually naive! I thought when you obeyed the Lord, everything comes up smelling like roses. WRONG!  For the privacy of my family, as well as not glorifying the devil’s schemes, I won’t go into details of what all transpired. Let’s just say that overnight our lives took a 100 degrees turn. I moaned as the Israelites  did in The Wilderness, “It would have been better had You left us in Egypt.”

Up until now, I knew just enough of God’s Word to get me by on a rainy day. But, I was brought to the place where I literally had to devour The Word of God to survive emotionally and mentally.

And that's when the third step in this partnership with Jesus became apparent:  “The Mustard Seed.”

“What shall we say The Kingdom of God is like, or what parable shall we use to describe it? It is like a mustard seed, which is the smallest of all seeds on earth. Yet when planted, it grows and becomes the largest of all garden plants, with such big branches that the birds can perch in its shade.”

Luke 17:6 says, "If you have faith as small as a mustard seed, you can say to this mulberry tree, 'Be uprooted and planted in the sea,' and it will obey you."

Praise the Lord; I have that! I remember how excited I was as a nine-year-old child learning in Sunday School about miracles Jesus did. That must mean I have a mustard seed inside me. I am sure it has grown enough to destroy the devil’s schemes in my life.

Ooops! There’s one catch for that tiny mustard seed to Rule with Jesus. Read on.

Herein lies the predicament with the mustard seed to push back Satan’s power. It depends on the type of heart that the Word is sowed on.

There are four types of hearts. (The Open Bible)

A popular quote in the Nasa Space Program when trouble arises in the spacecraft, the astronauts radios the Space Center and say, "Houston, we have a problem."

Likewise------“Lord Jesus, I have a problem. Forgive me of my worldly and shallow heart. Help me to have an understanding heart; fertile and prepared, bearing fruit for your Kingdom.”

And so, my friends, as Dr. Phil would say, “How’s that Mustard Seed working for you in The Kingdom of God?  Do you need to radio Houston?  (Smile)

More next week on The Kingdom of God.