God said: DO THIS!
Society and The Church: Part 2

Society and The Church: Part 1 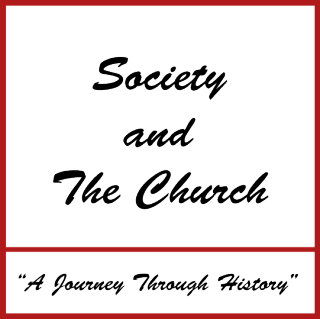 It was June, 1993, and Melba Berkehimer, Assistant Pastor of Community Church, Orange, Texas, approached me and said: “It has been brought to our attention by certain members of our church that they believe God is speaking specific directions for the church through David in his sermons each week. (Melba’s husband and Senior Pastor.) With that in mind, I’d like for you to listen to all the tapes of David’s sermons from the beginning of the year. As you listen, write down one or two sentences you feel each sermon is saying, so we can determine what those directions are and follow them.”

As I began listening to each tape, I soon reached Pastor David’s sermon entitled “THE FLESH.” Three statements within that sermon brought about an experience in my life unlike anything I had ever experienced. He simply stated:

“Our Society has affected The Church the last 3 decades rather than The Church affecting Society. What’s going on? I believe we are not allowing our bodies to become a living sacrifice.”

As I pondered those points in my mind, my first reaction to society’s effect on my own personal life was, “No, society has not affected me. If anything, the church had more of a negative effect on my life than society, particularly in my earlier years.”

Having been brought up in a very strict “do’s and don’ts” denominational church, there just didn’t seem to be any positive influence from the church. In fact, this "getting saved" business wasn't very appealing to me. It took me years to sort out “man-made rules” verses God’s Word.

Society had not affected me negatively because I had been taught moral values by my parents. I never was on drugs or alcohol, never participated in an anti-war demonstration, and was not a part of the rock scene or sexual revolution of my generation. I concluded that it was The Church that had an overall more negative influence on my life than Society had had as I was growing into adulthood.

However, there was something about the remainder of Pastor David's statement that bothered me:

“What has gone wrong with the church?  I believe we are not allowing our bodies

to become a living sacrifice.”

And so it was, for the next several weeks as I began to prayerfully examine my own personal life to see if society had possibly affected my spiritual life, memories of the last thirty years began to flash before me. It was as though I was traveling back down a road I had already traveled. The road took me on a journey through Society, as well as The Church, viewing along the way people, events, and even remembering old songs that had been a part of my life. Often I was awakened in the middle of the night with a memory, or just a song from my past.

After about six weeks, I sensed the “flashbacks in time” were over, and I came to several realizations as a result of them:

With that in mind, I called Melba and said, “There’s a bigger picture going on surrounding Pastor David's sermons in 1993, particularly the one on society’s effects on the church. I have to find out what it is!”

Thus, I began spending many hours in the library doing research to see:

I would like to share this research with you during the next few posts, as well as bring events up to our present time - 2021. I hope you will join me and get a glimpse of history as it has played out in Society and The Church.

Perhaps it will be a time for us to reflect on:

I beseech you therefore, brethren, by the mercies of God,

that you present your bodies a living sacrifice, holy, acceptable to God,

which is your reasonable service. (Romans 12:1 KJV)