Pray Violently. This is How! 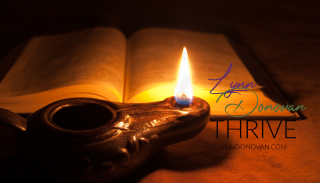 Warriors of the Kingdom,

I know I’ve been writing about the trinity and healing through Jesus, and I will come back to that topic but as with all my writing throughout the years, if God places something on my heart, something I’m learning or revelation, I’m going to share it. That is what He told me to do over 15 years ago when I began this adventure.

Today, I feel the Lord calling His people to violent prayer!

Say what??? Is that even a thing? I thought God was peaceful, that we are peaceful, as a people of faith. Indeed, God is peace and we are learning to live and operate out of peace and rest. However, we live in a natural world that is anything but peaceful.

And there are times and seasons when a violent prayer is the exact correct practice.

So, what is violent prayer? Well, there are moments when you are praying to become free from a demonic stronghold = violent prayer.

Petitioning the Lord for a desperate intervention = violent prayer.

Praying and coming against a principality = violent prayer.

I feel the Lord calling every. single. believer. Right now, to pray with a violent force to free America and the world from the lawlessness and hatred that is ravaging our communities. I know the Lord is calling us to pray with everything that we possess against the witchcraft that is being planned for October, aimed at our US government, the churches, pastors and families. Truly!

Let’s read a fascinating passage about violence and the Kingdom of God.

And from the days of John the Baptist until now the kingdom of heaven suffers violence, and the violent take it by force. ─ Matthew 11:13 NKJV

They pursued these two men with eagerness, impetuous zeal. We are these people. People who are grasping the kingdom of heaven--i.e., its peace, and pardon, and blessedness--with as much eagerness as men of the ancient world would snatch and carry off as their own the spoil of a conquered city. There is no thought of hostile purpose in the words.

These are crazy people who will not stop until they fully experience the Kingdom of God and the Words that Jesus spoke.

My friends, there are moments when we MUST rise up and pray with violence. We MUST be the watchmen on the wall to protect our nation(s), to stand for morality, to pray down interventions from heaven. We must pray like we mean it, like we are going to storm the gates of hell itself unless the hand of God moves with might and power.

A violent pray is a prayer of zeal and passion. It is spoken with absolutely, unwavering faith that God hears and WILL answer. It is a petition that will not be allowed to fall short of reaching the Throne Room. The violent are the warriors of the Kingdom who pray with full conviction and then stand in absolute faith and belief that God will move.

We are within the 10-day period from Rosh Hashanah to Yom Kippur. Pray with passion and conviction for the Kingdom of God to advance in this world. Pray that witchcraft is annihilated and that powers of darkness are destroyed by the light of heaven. Pray for our children, our future, pray for the government of Jesus Christ to be ushered in, of which there shall be no end.

Take your violent prayers to the King! Just as they rushed Jesus upon this earth, let us rush the Throne of Grace where we will receive grace and mercy in our time of need.

Father, in the Mighty name of Jesus, we, your people, arise and stand in full faith and belief that you will destroy the destroyer and his minions who are bent on lawlessness and chaos determined for our land. We forbid them any inroads, Lord. The devils must stand down. We determine now to defeat the demonic by swinging our sword of the Word. We demolish arguments and every pretension that sets itself up against the knowledge of God, and we take captive every thought to make it obedient to Christ.

We determine that Your rule is just and perfect and we usher the Kingdom of Jesus Christ into our land, our communities, families and into our churches. We arise with faith and call forth legions upon legions of the angelic to lop off heads of the demons, demolish government strongholds of darkness, free the children and women who are imprisoned, release the multitudes from illness and free the minds veiled in distortions and darkness.

WE RELEASE YOUR LOVE AND YOUR LIGHT. Father, we gather in the millions to declare YOU are good and have goodness for this world. We stand as a witness to every word in your Bible. We affirm that Your words will come to pass in this era.

We declare our love for You and for humanity. We declare Jesus Christ is our Lord and ruler over this world. We declare your purposes shall be accomplished in our lifetime. We offer you all of our affection, love, commitment, and faith. In Your Son’s name, Jesus, we pray. AMEN