Jesus, The Shepherd
Jesus, Our Healer - Part I

Rescuing Back Our Kingdom Identity 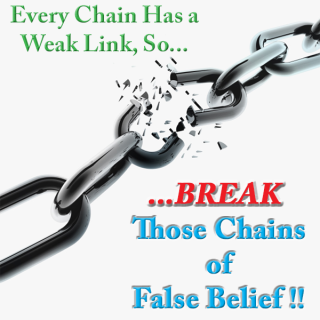 While walking down the hall at the school where I was teaching years ago, I came face-to-face with an eighth grade student who had transferred out of my class the previous quarter. Curious about the transfer, I stopped her and the conversation went like this:

“Why did you transfer out of my class?”

A glutton for punishment, I pressed her for more information: “What is it that you don’t like about me”?

Placing her hands on her hips while swerving them from side-to-side, and rolling her eyes at me, she bluntly said “Lady, there ain’t nothing about you that I do like!”

Whoa! Having been a teacher a number of years, I was not naïve enough to think that all fourteen-year-olds were madly in love with me, but I had never had one to bluntly tell me so to my face. Had I acted upon my feelings, it would have landed me in prison for assaulting a rude, disrespectful child. So, I mustered up a fake smile and walked on down the hall to my next class.

As I walked on down the hall, the little episode triggered a flashback in my mind of an encounter I had had with myself a few years earlier. Alone in my bedroom one cold rainy night, I gazed into the mirror and uttered the same words this fourteen-year-old had so bluntly spoken to me:  “I don’t like you; I have no idea who you are.”

As downtrodden as I was that night with feelings of no self-worth, and a realization that I had no idea who I was, I knew I’d better find my way out of this maze. And thus over the next year, or maybe longer, I traveled back down a muddy road I had traveled for years, but this time I was searching for answers as to how and when I had come to this place of losing my identity.

Eventually, the muddy road turned into a clear path. This new path embraced me with the truth of my self-worth and who purchased my identity.

You were bought with a price;

do not become slaves of human masters.

What freedom I experienced when it became clear that my value didn’t come from the low opinion I had of myself, or the opinion others might have of me.  It was on the cross that Jesus Christ gave the only accurate measure of our self-worth and significance when He considered every single person on earth worth dying for.

My identity? For starters, I began to see that I am----

Would you believe I now stand before the mirror in my bedroom and utter the words, “I like you!  I know who I am and whose I am!”

Am I bragging on me? Not at all!  Heaven knows I have plenty of flaws, but along with those flaws, I now have a quite sense of knowing I have much value because of who I am in Him. In fact------

“There ain’t nothing about me that He doesn’t like!”

In her book, Marching Around Jericho, Lynn says that there are several key components to solidifying our identity:  (page 71-72)

As I made my journey down that muddy road in search of my identity, there were several components on this list that I had to eventually walk through to solidify my identity in Christ.  But, probably the one that I had the biggest struggle with was reject lies regarding my identity and embrace Sonship.

And so, for the next few posts, I am going to be expanding on some of those lies and false beliefs that had held me in captivity for years, and how the Lord replaced them with the truth of His word. I will be starting with being a People Pleaser/Approval Addict or a God Pleaser.  I hope you will join me.

In the comments, name some lies of the enemy that has held you captive that has kept you from walking in your identity in Christ and in the power He has given you.