Who Is In the Kingdom?

Who Is In the Kingdom. 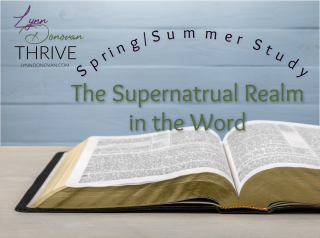 So we discussed some of the legal structure of the Kingdom. Of course, there is a LOT more to learn and understand. Give me time. We will get there.

Today, let’s understand who is in the Kingdom. I want to clearly state there is only ONE Kingdom. It is the Kingdom of God and His Kingdom is absolute! However, there are many other kingdoms within the spiritual realm.

The kingdom of darkness is formed out of satan, the fallen angel Lucifer. His Kingdom mimics God’s Kingdom and is also held to the same legal structure. His kingdom structure is filled with beings that are described in Ephesians:

Satan is at the top and he delegates out his power (he has power and how he obtains this power, will be covered in later teachings). He spreads his power out through fear, intimidation, torture and terror to rulers, authorities, principalities, power of the dark world, spiritual forces of evil, demons and then into humans. And by the way, these are different beings with different powers and authorities in and of themselves. They have differing functions and responsibilities. But all of them rule through abject FEAR and torture.

And for many of you who have been studying these realms for a number of years, I realize this is a broad overview and there are quite a number of more players in the dark realms I didn’t list. We will get there. I had to start somewhere.

Then there is the angelic realm. AND Oh how I want to talk about the angels and how much we need them. How much they love us. They are simply fascinating and there is an entire structure of angels as well. We’ll talk about that in the next post.

My question to you today is this, where do you think the “church” is today in understanding there are demons and they affect everyone on the planet, even Christians?

Can’t wait to hear from you in the comments. I’m traveling so it may be a few days, but I’ll be here to discuss. Some brave soul, share what you know and help all of us to create a great discussion so we can learn. Hugs, Lynn